A man died on this road. 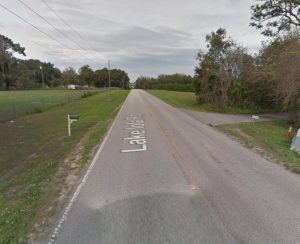 A man who had two grown sons, a loving wife, old and dear friends, trustworthy business contacts, a caring doctor, a solid banker, people who supplied his farm, sought his advice and listened to his jokes. He was passionate about coaching his sons’ baseball team in San Antonio when the boys were growing up. He ran his family’s farm which had been in his family for 100 years. He was a regular guy. He was “truly [his wife’s] everything and now [she] is so lost.” We used to talk about the rides he would take when I stopped by his farm. He had his bicycle ready to go at his business for after work or when he got a break.

He was my friend.  As I write this post, there are tears in my eyes. I will never get to see or talk to him again. This death sickens me. People die all the time. This man should not have been one of them. He was supposed to live on and on. He was in excellent health. He was exactly that person.  There are people who should not die like he did, how he did, where he did, when he did.

My friend died in broad daylight.  He was wearing bright clothing sitting more than seven feet tall on top of his bicycle on an empty road. Empty except for the one car driven by a teenage girl. A teenage girl who said she was “not distracted” driving on a straight country road with no traffic in the oncoming lane.  After she killed my friend, she had the decency to stop, that or the fear of getting caught. Otherwise, my friend would have died like road kill. There were no citations

It is one death too much for me.

This death sickens me. My heart aches, my thoughts are disrupted…”if only.”  I have had to resort to that box in my emotional make up where I put my mother’s death from malpractice and my grisly father’s death from tainted meat and find room for my friend’s death.

And it’s not just bicycle drivers being killed.  These cell phone drivers are killing motorists and pedestrians too. Everyone on Florida roads is a potential victim of a distracted driver in charge of a 3,500 pound murder weapon

This death this sickens me. Why? Someone could have done something to stop this good man from dying. Someone who is responsible for the safety of Floridians could have done something. Within some lines on a screen, a few clauses on paper, a few paragraphs, a few typed words, that person or persons could make the penalty for killing someone while looking at a cell phone life imprisonment.

England has done it. Really.  You kill while on a cell phone, life in prison. It happened after things like this took place. A truck driver looking at his phone kills a mother and her three children.  Here’s the actual video of the murder: http://tinyurl.com/z8sf2

Here’s a story on what England has chosen to do to people like the teenager who killed my friend: life in prison.  Period.  Here’s the story: http://www.telegraph.co.uk/news/2016/12/04/drivers-kill-mobile-phones-will-face-life-sentences/
Do you think that will cause people to pay attention in Florida?  Do you that will stop the stupid texting that kills people?

What are you waiting for?  Until it happens to your friend, your children? Your brother or sister? Your mother?

The people who can stop this won’t do anything until you call them.  Call your legislator and State Senator.

What are you waiting for?  Another friend to die?  This has got to stop. You can stop it.

Call them.  Be polite, but ask them calmly when are they going to stop the killing of people, families, businesses, lives on our roads and wait for their explanations.  Tell them texting and internet cell phone use has to stop in Florida.

The Florida legislature has the power to stop these deaths.

The Florida Legislature has that power and it will be signed by the Florida governor.  But only after you call.