Most of us drive automobiles. All of us drive bicycles. Anybody who does is aware of the ongoing difficulty of law enforcement enforcing our laws and the wider motoring community to observe those laws. Allow me to make some humble suggestions on how you can, while on the road, bring awareness to us.

First and foremost while riding a bicycle you are ambassador of our lifestyle (I’ve written about this before). Pretty much everyone in the community knows that you are a cyclist. The family certainly does; your coworkers most likely do. The folks in your neighborhood do after watching you out getting ready to drive your bicycle. Some people look to you as an example of what a cyclist is and isn’t. With that foundation you are in a position to influence their behavior while cycling. How? Simple: 1. Follow the rules. Stop at stop signs. (You know “track stops”). Never run red lights. Give hand signals. Call out to pedestrians when you approach them from behind on the sidewalk or multiuse path (even if they have headphones on 🙂 ). On a small sidewalk give the oncoming  pedestrian right-of-way, go into the grass for a few feet- smile. Always wear a helmet. Never drive on the road more than two abreast.  This is simple stuff.

When driving your car you also can set an example. On suburban/residential, rural roads REALLY give that cyclist a GOOD 3 feet. Don’t scare the bejeebus out of the oncoming car if it’s  close. Slowdown, wait for it, to pass then give that cyclists that ample 3 feet room. You set an example for cars behind you and for cars in the past. Trust me, they will be looking in their rear view mirror to see what the hell you were slowing down for then realize “oh it was a cyclist. That’s what that car was doing.” After you have passed the cyclists, watch the cars behind you in your rear view to see if they follow your example. I’ve been doing this for several years. It’s “monkey see- monkey do” and it’s entertaining for you. Without question the majority of cycling fatalities occur at intersections. Don’t be that guy! When you come upon a cyclist who is approaching an intersection, slow down! Do the cyclist’s speed. Two things will happen 1. The cars behind you will see you giving the legally required right-of-way. Again, “monkey see – monkey do.” 2. You will learn about your future behavior when approached from behind as you approach an intersection. Bonus! On a share road, don’t cross the double lines to pass the cyclist who has taken the lane. (I know, I know – you really have to be somewhere.)

Your cell phone. Everyone’s got one but you don’t have to drive with it. Make a big show to your passengers when you put it in the glove compartment. You’ll get phone calls, but (if it’s not in the glove compartment) Most have auto reject features that include a message. Here’s an obnoxious message “I’m driving. I can’t answer your call because I might kill someone walking or driving a bicycle. Thanks for helping me save a life.” You get the idea. Have fun with it. The new android phones have an auto reject feature so when the GPS detects movement over 10 miles an hour and a call comes in, the phone rings once then auto rejects.  If you HAVE to use the phones mapping GPS (I  do), put it in a windshield mount out of reach. Set it up and LEAVE IT ALONE.  No phone call is worth killing someone or ruining a life.

Don’t be that guy!

Years ago a grandmother and a grandson were walking on the beach in Clearwater.  Disturbed by all the washed up sand dollars, the little boy started picking them up to look at them. After examining them and seeing moving spines on the live ones,  he took those, curled his arm and tossed it back into the water. As he bent to pick up another, his grandmother said “Sweetheart, there are so many of them, you can’t make a difference by throwing them back.” The grandson paused to look up to his grandmother from the live sand dollar he had just picked up. As he threw it into the water, said: “It makes a difference to this one.”

Even if you are the only one on the road following the rules and respecting cyclists, it makes a difference. 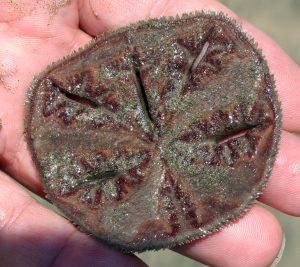