Prejudice is just whatever

Prejudice is defined by Merriam-Webster as: “a (1) : preconceived judgment or opinion (2) : an adverse opinion or leaning formed without just grounds or before sufficient knowledge.” Some prejudices we get from our parents, peer group or

make up ourselves. It goes without saying that as we age as we get more experience many of our old prejudices fall away. There’s a meme going around about science goes something like this: “Science is pretty cool. Figuring out stuff is way cooler than just making stuff up and hoping you’re right.” Science is a great way to get rid of prejudices.

One of the two most predominant prejudices against the cycling community is “bicyclists are all rule-breakers. They disregard traffic laws because they are not driving cars.” Another prejudice, more on the disgusting side and which rears its ugly head an injury cases is “cyclists get what they deserve, because they are 1. rule breakers [or] 2. shouldn’t be in the road anyway.”

Bicycle have EQUAL RIGHTS you bully!

If, you have been cycling on the roads of Florida as I have for the last 50 years, both these statements make your blood boil. From where do these prejudices come?  Well, of course,  you do see the occasional bicyclists violating traffic laws (which apply to them just like motorist) –  riding against the traffic in violation of Florida statutes §316.081 or running a stop sign in violation of §316.123, or most, horrifyingly, running a stop light in violation of §316.0875(1)(c). However, mostly you see the cars doing this don’t you? Bicycle violators stand out because there’s fewer of them and it makes  some  motorist nervous to see them.

I am not sayin.. it’s just so like them.

By and large however, most prejudices, like the two above, come from ignorance. in the medical field, the most inaccurate diagnosis of health is by self-diagnosis. People are just not real good observing their own health nor are they even good at observing the world at large. Frankly, you have to Learn proper observational techniques to become skilled in making accurate observations. Thus, your average person making observations, makes them subjectively with their own prejudices (“stupid bicyclist get out of my way)” and never get corrected in any of their inaccurate perceptions. So, you end up with people using heuristics to make determinations which are better left to trained observers. E.g.:whether bicyclists are rule breakers. 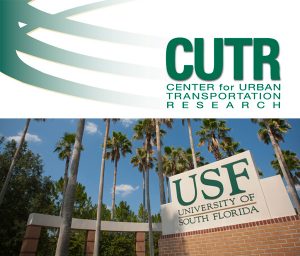 That’s where the scientific method comes in. We look to science and research based on trained observation to come up with explanations for our world and an accurate description of what’s going on in it. That’s why was so refreshing to see the widely distributed study of 100 cyclists done by the Center for Urban Transportation Renewal (CUTR) at the University of South Florida. the study was done for the Florida Department of Transportation. The study is entitled “Naturalistic Bicycling Behavior Study.” You might not know this( if you’re in the West Central Florida area you do), but USF is classified as a research university and from the president down to the lowliest teaching assistant the school takes this status seriously. That’s why, when the finding of the study came out they received deserved attention.

The set up for the study involved 100 bicycle drivers. These drivers were recruited in and around the city of Tampa, Hillsborough County, Florida. Each human powered vehicle was equipped with motion sensors, cameras and GPS units. The study collected data for 2000 hours, a little more than 83 days. At the end of the data-gathering period, the numbers are crunched and analyzed by a team of experienced observational researchers, statistician and data analysts. What they found was pretty stunning.

The essential findings: 1. bicycle drivers followed the traffic laws 88 percent of the time during the day and 87 percent of the time at night. The motorists driving around these bicycle drivers? Not so much. Motorists obeyed the law less than a bicyclist at 85 percent. This was only during the day because There weren’t enough nighttime driver observations to make a valid conclusion.

As you know, intersections are where 35% of all crashes. The most dangerous action and intersection is the the deadly “right hooks” (when a motorist turns in front of a bicycle driver and intersection). The study described two kinds of “right hooks” close calls and non-close calls. There were twenty-one (21) “no close call” right turn instances involving motorists and cyclists. notably and as a measure of pride for the cycling community, cyclists obeyed the law in every instance, however motor vehicle drivers failed to yield in four incidents.

While the data collection was occurring, there were three “close call” incidents where motorist turning right almost hit the bicyclists. Two were caused by motor vehicle drivers who failed to yield to the bicycle driver (as required by law). In a third incident, the Bicycle driver crossed in front of the motor vehicle driver during the “Don’t Walk” pedestrian signal. The researchers noted this could have occurred whil 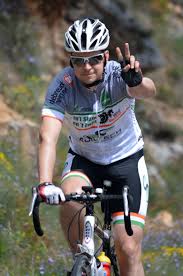 e that bicyclist was in a pedestrian capacity and was riding on the sidewalk.  This was not noted in the findings however.

The conclusion to be drawn from the the study is simple: bicycle drivers violate the law less than motor vehicle drivers. Extrapolating from that conclusion it’s easy to state: you can be prejudiced against bicyclists if you want, but science proves bicycle drivers break the law less than motorists.  I would like to point out the consequences of a cyclist breaking the law or a motorist breaking the law is the same thing: the motorist wins, the bicyclist goes to the hospital.

Let us cast aside these prejudices and not tolerate anymore comments as to who breaks the law more often. Car drivers do. Period. 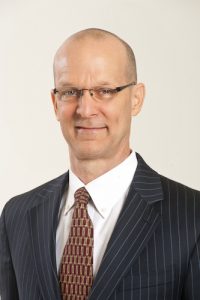 top clicking now if you are injured and searching for an attorney.